Be The Vibrational Match To The Events You Intend To Attract 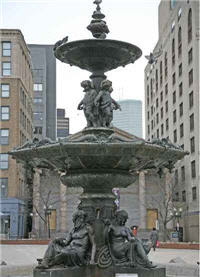 Hello from Boston, Mass! I am on the road for the next two weeks on Verizon business.

The inspiration for this week’s blog entry came from an unlikely experience yesterday while in route to Boston, MA from Tyler, TX. I was scheduled to depart from Tyler Pounds Field at 8:40 A.M. with a 10:45 A.M. connection out of Dallas/Ft. Worth. This schedule had me arriving in the Boston area at around 3:30 P.M. EDT.

My lovely wife, Donna dropped me off at the Tyler airport at 8:00 A.M.. Seconds after receiving my boarding passes an announcement came over the PA system: “Due to heavy thunderstorms and a tornado sighting at the DFW airport all inbound and outbound traffic to DFW is suspended. We will provide an updated status in approximately 30 minutes.”

Earlier back at the house, before I began my morning, I sat in quiet meditation, contemplating my day and how glorious it is to be alive, to witness the birth of a new day and to be part of the unfolding of everything. Later, at the airport I saw that my entire schedule rapidly changing in the face of the stormy conditions 80 miles to the west, I chose did not go into any panic or fear. I intended just observe what was happening around me and allow myself to be in the experience rather than attempt to control it.

I spoke to flight crews as they watched their satellite images tracking the storm on their wireless handheld devices. They spoke of possibly flying around the storm if only DFW could be cleared for incoming flights before the storm moved too far east. You see the storm front was moving due east, straight for Tyler’s airport.

A few hours passed and the same announcements came and went. Finally, we were able to go through the security screening. Don’t you love taking off your shoes to go through security? Once at the gate, we sat and watched the storm gradually set in. The winds came up so fast with heavy rains that visibility was reduced to nearly nothing.

The storm passed nearly as fast has it had arrived and after a few power surges in the airport, we were finally able to board our plane at 12:30 P.M. Well if you’re following my story so far you’ve likely guessed that by now I have missed my connection to Boston. The only flight the airline could confirm me on wouldn’t be leaving Dallas until 7:00 P.M.

In the days prior to my spiritual pursuits I would have been a wreck by now. Grumbling about the weather or the airlines or any other thing to blast, none of which having any control over. In contrast I was just allowing and being in the moment, not stressing or feeling anxious but just being present.

Once I got to Dallas I quickly found a monitor and located the nearest gate where a flight to Boston would be leaving. I boarded the SkyLink and made my way from B terminal to A terminal. I asked the ticketing agent at gate A-13 if this flight was open and she said, “No. It’s oversold and overbooked, but I can put you on standby.” I was number 8 on the standby list.

I watched the monitor as they began to call standby passengers. One by one my name moved up the list, closer and closer to the #1 spot as each person boarded. Soon my named appeared on the overhead monitor 1. VAI / J. The agent asked for all remaining standby passengers to get in line in order according to their order listing. “Vail at the front of the line, Smith behind Vail etc.”

I was calm and fully anticipated my boarding pass. I could see my seat waiting for me. Soon a representative emerged from the jet bridge requesting for all standby passengers to “please have a seat as a tire was in need of replacement.” As I stood there waiting, I called my wife to tell her just how close I was to boarding and explained the situation. As I talked to Donna I counted twelve ticketed passengers that were running late from another flight board the plane. Had it not been for the tire delay, these seats would have been filled with standby passengers. I felt a portion of my doubting ego kick in. “There goes the available seating… Oh no!”

Donna reminded me to cleanse, “I’m sorry, Please forgive me, I love you, Thank you”. I again visualized my seat and viewed my name in the #1 position on the monitors. “This is my airplane”, I said to myself. After about 15 minutes the agent called out my name, “Julian Vail, please check in”. “Thank you. I love you!” I exclaimed to the agent as she took my boarding pass. As I walked down the isle of the plane looking for my seat I soon realized once I got settled in, that I was the last passenger to board and my seat had been the last available seat. I was now on my way to Boston!

What is the point of my sharing this story? I was able to transcend my ego mind in the midst of potential chaos and instead look at the good around me rather than the bad. By not looking at my day as falling apart and turning it around to all this is good, I became a vibrational match for my standby seat on that 3:30 flight to Boston. Rather than thinking about being delayed I just visualized myself on that plane. Had I been clouded with doubt and utterly perturbed I honestly believe I would have had to wait around DFW until 7:00 P.M.

This is truly an experience of giving and receiving, the law of attraction, being a vibrational match or whatever you want to label it. It doesn’t really matter what you call it. What does matter is if you understand it and begin to apply it in your daily life. What you project to the universe, the universe mirrors. In my case I asked for seat on that plane and the universe delivered.

Thank you, I love you.

This entry was posted in Uncategorized. Bookmark the permalink.